Java Persistence Layer: taking data from the user & saving it 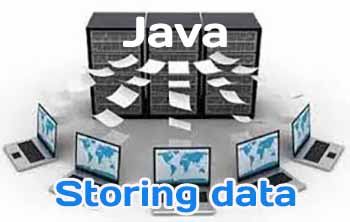 Data storage is a very common and basic requirement of enterprise applications. Data storage ensures that the data collected from the user will be saved over time. The mechanism of saving data for the duration so as to make it available later is called persistency.

In Java, normally the persistency is of an object. Java can save an object state using the following ways:

The disadvantages of object serialization are as follows:

In the past few years, XML has emerged as a favorite choice to handle data in a file using markups. The good thing is, the developer can use their own tags to represent the data collection.

Disadvantages of storing data in XML

The disadvantages of storing data in XML are as follows:

Saving the data in a relational database

Advantages of saving data in a relational database

The advantages of saving data in a relational database are as follows: