Why are software containers important? 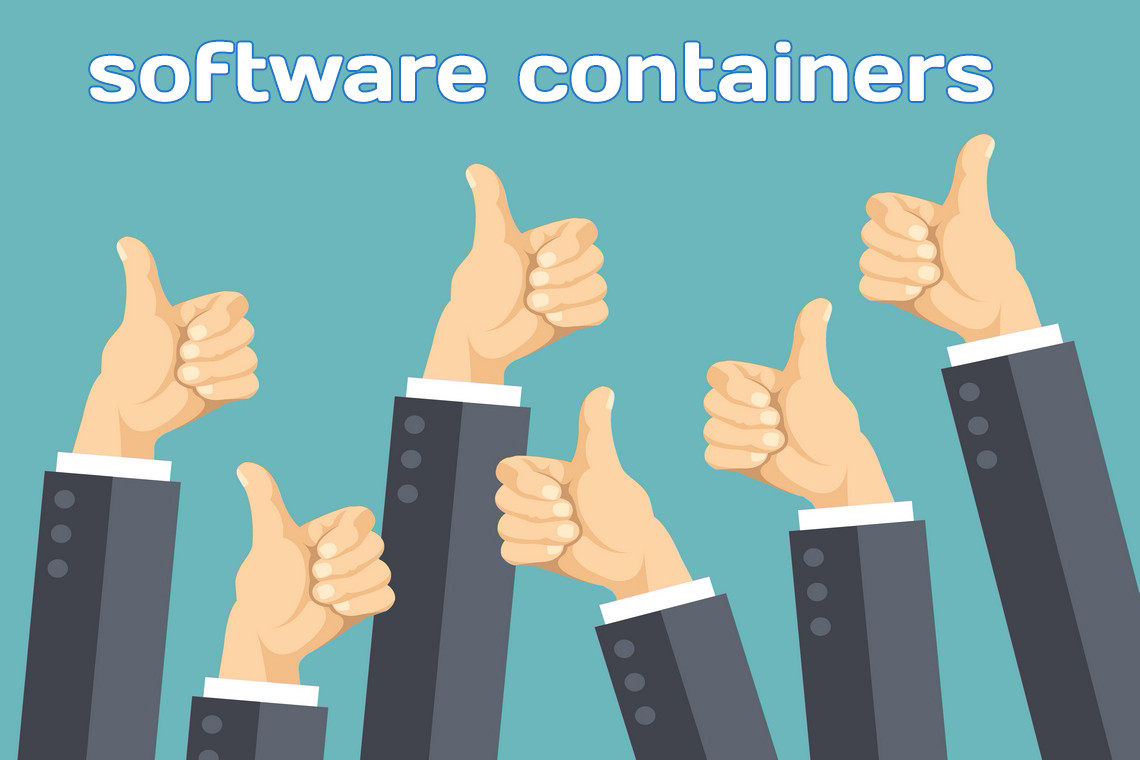 These days, the time between new releases of an application become shorter and shorter, yet the software itself doesn't become any simpler. On the contrary, software projects increase in complexity. Thus, we need a way to tame the beast and simplify the software supply chain.

We also hear every day how much more cyber crimes are on the rise. Many well-known companies are affected by security breaches. Highly sensitive customer data gets stolen, such as social security numbers, credit card information, and more. But not only customer data is compromised, sensitive company secrets are also stolen.

Containers can help in many ways. First of all, Gartner has found in a recent report that applications running in a container are more secure than their counterparts not running in a container. Containers use Linux security primitives such as Linux kernel namespaces to sandbox different applications running on the same computers and control groups (cgroups), to avoid the noisy neighbor problem where one bad application is using all available resources of a server and starving all other applications.

Due to the fact that container images are immutable, it is easy to have them scanned for known vulnerabilities and exposures, and in doing so, increase the overall security of our applications.

Another way we can make our software supply chain more secure when using containers is to use content trust. Content trust basically ensures that the author of a container image is who they pretend to be and that the consumer of the container image has a guarantee that the image has not been tampered with in transit. The latter is known as a man-in-the-middle(MITM) attack.

All that I have just said is of course technically also possible without using containers, but since containers introduce a globally accepted standard, it makes it so much easier to implement those best practices and enforce them.

OK, but security is not the only reason why containers are important. There are other reasons:

One of them is the fact that containers make it easy to simulate a production-like environment, even on a developer's laptop. If we can containerize any application, then we can also containerize, say, a database such as Oracle or MS SQL Server. Now, everyone who has ever had to install an Oracle database on a computer knows that this is not the easiest thing to do and it takes a lot of space away on your computer. You wouldn't want to do that to your development laptop just to test whether the application you developed really works end to end. With containers at hand, I can run a full-blown relational database in a container as easily as saying 1, 2, 3. And when I'm done with testing, I can just stop and delete the container and the database is gone without leaving a trace on my computer.

Since containers are very lean compared to VMs, it is not uncommon to have many containers running at the same time on a developer's laptop without overwhelming the laptop.

A third reason why containers are important is that operators can finally concentrate on what they are really good at, provisioning infrastructure, and running and monitoring applications in production. When the applications they have to run on a production system are all containerized, then operators can start to standardize their infrastructure. Every server becomes just another Docker host. No special libraries of frameworks need to be installed on those servers, just an OS and a container runtime such as Docker.

Also, the operators do not have to have any intimate knowledge about the internals of the applications anymore since those applications run self-contained in containers that ought to look like black boxes to the operations engineers, similar to how the shipping containers look to the personnel in the transportation industry.

What's the benefit for me or for my company?

Somebody once said that today, every company of a certain size has to acknowledge that they need to be a software company. Software runs all businesses, period. As every company becomes a software company, there is a need to establish a software supply chain. For the company to remain competitive, their software supply chain has to be secure and efficient. Efficiency can be achieved through thorough automation and standardization. But in all three areas, security, automation, and standardization, containers have shown to shine. Large and well-known enterprises have reported that when containerizing existing legacy applications (many call them traditional applications) and establishing a fully automated software supply chain based on containers, they can reduce the cost used for maintenance of those mission-critical applications by a factor of 50 to 60% and they can reduce the time between new releases of these traditional applications by up to 90%.

That said, the adoption of container technology saves these companies a lot of money, and at the same time it speeds up the development process and reduces the time to market.