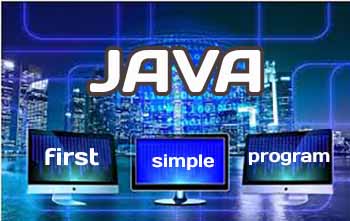 Before you can compile and run those Java programs, however, you must have the Java Development Kit (JDK) installed on your computer. The JDK is available free of charge from Oracle. At the time of this writing, the current release of the JDK is JDK 8. This is the version used by Java SE 8. (SE stands for Standard Edition.) Because JDK 8 contains many new features that are not supported by earlier versions of Java, it is recommended that you use JDK 8 (or later) to compile and run the programs. If you use an earlier version, then programs containing new features will not compile.

The JDK can be downloaded from this link. Just go to the download page and follow the instructions for the type of computer that you have. After you have installed the JDK, you will be able to compile and run programs. The JDK supplies two primary programs. The first is javac, which is the Java compiler. The second is java, which is the standard Java interpreter and is also referred to as the application launcher.

One other point: The JDK runs in the command prompt environment and uses command-line tools. It is not a windowed application. It is also not an integrated development environment (IDE).

Q:  You state that object-oriented programming is an effective way to manage large programs. However, it seems that it might add substantial overhead to relatively small ones. Since you say that all Java programs are, to some extent, object-oriented, does this impose a penalty for smaller programs?

In this case, you must enter the program into your computer using a text editor, not a word processor. Word processors typically store format information along with text. This format information will confuse the Java compiler. If you are using a Windows platform, you can use WordPad or any other programming editor that you like.

In Java, a source file is officially called a compilation unit. It is a text file that contains (among other things) one or more class definitions. (For now, we will be using source files that contain only one class.) The Java compiler requires that a source file use the .java filename extension. As you can see by looking at the program, the name of the class defined by the program is also Example. This is not a coincidence. In Java, all code must reside inside a class. By convention, the name of the main class should match the name of the file that holds the program. You should also make sure that the capitalization of the filename matches the class name. The reason for this is that Java is case sensitive. At this point, the convention that filenames correspond to class names may seem arbitrary. However, this convention makes it easier to maintain and organize your programs.

To compile the Example program, execute the compiler, javac, specifying the name of the source file on the command line, as shown here:

The javac compiler creates a file called Example.class that contains the bytecode version of the program. Remember, bytecode is not executable code. Bytecode must be executed by a Java Virtual Machine. Thus, the output of javac is not code that can be directly executed.

To actually run the program, you must use the Java interpreter, java. To do so, pass the class name Example as a command-line argument, as shown here:

When the program is run, the following output is displayed:

When Java source code is compiled, each individual class is put into its own output file named after the class and using the .class extension. This is why it is a good idea to give your Java source files the same name as the class they contain—the name of the source file will match the name of the .class file. When you execute the Java interpreter as just shown, you are actually specifying the name of the class that you want the interpreter to execute. It will automatically search for a file by that name that has the .class extension. If it finds the file, it will execute the code contained in the specified class.

Although Example.java is quite short, it includes several key features that are common to all Java programs. Let’s closely examine each part of the program.

The program begins with the following lines:

This is a comment. Like most other programming languages, Java lets you enter a remark into a program’s source file. The contents of a comment are ignored by the compiler. Instead, a comment describes or explains the operation of the program to anyone who is reading its source code. In this case, the comment describes the program and reminds you that the source file should be called Example.java. Of course, in real applications, comments generally explain how some part of the program works or what a specific feature does.

Java supports three styles of comments. The one shown at the top of the program is called a multiline comment. This type of comment must begin with /* and end with */. Anything between these two comment symbols is ignored by the compiler. As the name suggests, a multiline comment may be several lines long.

The next line of code in the program is shown here:

This line uses the keyword class to declare that a new class is being defined. As mentioned, the class is Java’s basic unit of encapsulation. Example is the name of the class. The class definition begins with the opening curly brace ({) and ends with the closing curly brace (}). The elements between the two braces are members of the class. For the moment, don’t worry too much about the details of a class except to note that in Java, all program activity occurs within one. This is one reason why all Java programs are (at least a little bit) object-oriented.

The next line in the program is the single-line comment, shown here:

The next line of code is shown here:

This line begins the main( ) method. As mentioned earlier, in Java, a subroutine is called a method. As the comment preceding it suggests, this is the line at which the program will begin executing. All Java applications begin execution by calling main( ). The exact meaning of each part of this line cannot be given now, since it involves a detailed understanding of several other of Java’s features.

The public keyword is an access modifier. An access modifier determines how other parts of the program can access the members of the class. When a class member is preceded by public, then that member can be accessed by code outside the class in which it is declared. (The opposite of public is private, which prevents a member from being used by code defined outside of its class.) In this case, main( ) must be declared as public, since it must be called by code outside of its class when the program is started. The keyword static allows main( ) to be called before an object of the class has been created. This is necessary because main( ) is called by the JVM before any objects are made. The keyword void simply tells the compiler that main( ) does not return a value. As you will see, methods may also return values. If all this seems a bit confusing, don’t worry.

As stated, main( ) is the method called when a Java application begins. Any information that you need to pass to a method is received by variables specified within the set of parentheses that follow the name of the method. These variables are called parameters. If no parameters are required for a given method, you still need to include the empty parentheses. In main( ) there is only one parameter, String args[ ], which declares a parameter named args. This is an array of objects of type String. (Arrays are collections of similar objects.) Objects of type String store sequences of characters. In this case, args receives any command-line arguments present when the program is executed. This program does not make use of this information.

The last character on the line is the {. This signals the start of main( )’s body. All of the code included in a method will occur between the method’s opening curly brace and its closing curly brace.

The next line of code is shown here. Notice that it occurs inside main( ).

This line outputs the string "Java drives the Web." followed by a new line on the screen. Output is actually accomplished by the built-in println( ) method. In this case, println( ) displays the string that is passed to it. As you will see, println( ) can be used to display other types of information, too. The line begins with System.out. While too complicated to explain in detail at this time, briefly, System is a predefined class that provides access to the system, and out is the output stream that is connected to the console. Thus, System.out is an object that encapsulates console output. The fact that Java uses an object to define console output is further evidence of its object-oriented nature.

As you have probably guessed, console output (and input) is not used frequently in real-world Java applications. Since most modern computing environments are windowed and graphical in nature, console I/O is used mostly for simple utility programs, for demonstration programs, and for server-side code.

The first } in the program ends main( ), and the last } ends the Example class definition.

One last point: Java is case sensitive. Forgetting this can cause you serious problems. For example, if you accidentally type Main instead of main, or PrintLn instead of println, the preceding program will be incorrect. Furthermore, although the Java compiler will compile classes that do not contain a main( ) method, it has no way to execute them. So, if you had mistyped main, the compiler would still compile your program. However, the Java interpreter would report an error because it would be unable to find the main( ) method.