The author of the article. IT specialist with 20 years of experience, author of a large number of publications on specialized topics (software development, administration, news items). More details. 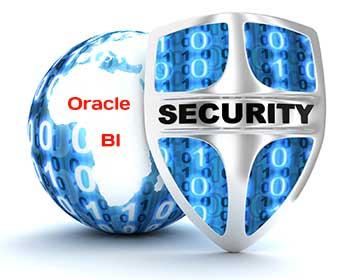 It would be difficult to discuss the overall architecture of Oracle BI without at least giving some mention to how the basics of security, authentication, and authorization are applied. By default, installing Oracle WebLogic Server provides a default Lightweight Directory Access Protocol (LDAP) server, referred to as the WebLogic Server Embedded LDAP server. This is a standards-compliant LDAP system, which acts as the default authentication method for out-of-the-box Oracle BI. Integration of secondary LDAP providers, such as Oracle Internet Directory (OID) or Microsoft Active Directory (MSAD), is crucial to leveraging most organizations' identity-management systems. The combination of multiple authentication providers is possible; in fact, it is commonplace.

For example, a configuration may wish to have users that exist in both the Embedded LDAP server and MSAD to authenticate and have access to Oracle BI. Potentially, users may want another set of users to be stored in a relational database repository, or have a set of relational database tables control the authorization that users have in relation to the Oracle BI system. WebLogic Server provides configuration opportunities for each of these scenarios.

Oracle BI security incorporates the Fusion Middleware Security model, Oracle Platform Security Services (OPSS). This has a positive influence over managing all aspects of Oracle BI, as it provides a very granular level of authorization and a large number of authentication and authorization-integration mechanisms. OPSS also introduces to Oracle BI the concept of managing privileges by application role instead of directly by user or group. It abides by open standards to integrate with security mechanisms that are growing in popularity, such as the Security Assertion Markup Language (SAML) 2.0. Other well-known single-sign-on mechanisms such as SiteMinder and Oracle Access Manager already have pre-configured integration points within Oracle BI Fusion Control. A later chapter will go into an exercise for creating new users and groups, and assigning application roles, but for now, here are a few key concepts to know about security:

The following sections discuss these few key concepts at a high level. Understanding these concepts is not critical at this moment for you to continue on with the remainder of the book; however, once you complete the book and are ready to engage in more advanced discovery, you will want to research and understand these items to be more versed in managing Oracle BI security.

In Oracle BI 11g, the default security model is the Oracle Fusion Middleware security model, which has a very broad scope. A universal information technology security-administration best practice is to set permissions or privileges to a specific point of access on a group, and not individual users. The same idea applies here, except there is another enterprise-level of user, and even group, aggregation, called an Application Role. Application Roles can contain other application roles, groups, or individual users. Access privileges to a certain object, such as a folder, web page, or column, should always be assigned to an application role. Application roles for Oracle BI can be managed in the Oracle Enterprise Manager Fusion Middleware Control interface. They can also be scripted using the WLST command-line interface.

Fusion Middleware security can seem complex at first, but knowing the correct terminology and understanding how the most important Oracle BI components communicate with each other and the application at large is extremely important as it relates to security management. Oracle BI uses three main repositories for accessing authentication and authorization information, all of which are explained in the following sections.

Identity Store is the authentication provider, which may also provide authorization metadata. A simple mnemonic here is that this store tells Oracle BI how to identify any users attempting to access the system. An example of creating an Identity Store would be to configure an LDAP system such as Oracle Internet Directory or Microsoft Active Directory to reference users within an organization. These LDAP configurations are referred to as Authentication Providers.

The Credential Store is ultimately for advanced Oracle configurations. You may touch upon this when establishing an enterprise Oracle BI deployment, but not much thereafter, unless integrating the Oracle BI Action Framework or something equally as complex. Ultimately, the Credential Store does exactly what its name implies - it stores credentials. Specifically, it is used to store credentials of other applications, which the core application (that is, Oracle BI) may access at a later time without having to re-enter said credentials. An example of this would be integrating Oracle BI with the Oracle Enterprise Management (EPM) suite. In this example, let's pretend there is an internal requirement at Company XYZ for users to access an Oracle BI dashboard. Upon viewing said dashboard, if a report with discrepancies is viewed, the user requires the ability to click on a link which opens an Oracle EPM Financial Report containing more details about the concern. If not all users accessing the Oracle BI dashboard have credentials to access to the Oracle EPM environment directly, how could they open and view the report without being prompted for credentials? The answer is that the Credential Store is configured with the credentials of a central user having access to the Oracle EPM environment. This central user's credentials (encrypted, of course) are passed along with the dashboard viewer's request and presto, access!

The Policy Store is quite unique to Fusion Middleware security and leverages a security standard referred to as XACML, which ultimately provides granular access and privilege control for an enterprise application. This is one of the reasons why managing by Application Roles becomes so important. It is the individual Application Roles that are assigned policies defining access to information within Oracle BI. Stated another way, the application privileges, such as the ability to administer the Oracle BI RPD, are assigned to a particular application role, and these associations are defined in the Policy Store. The following figure shows how each area of security management is controlled:

These three types of security providers within Oracle Fusion Middleware are integral to Oracle BI architecture. A chapter or more could be written on each provider, but that is beyond the scope of my blog. Further recommended research on this topic would be to look at Oracle Fusion Middleware Security, OPSS, and the Application Development Framework (ADF).