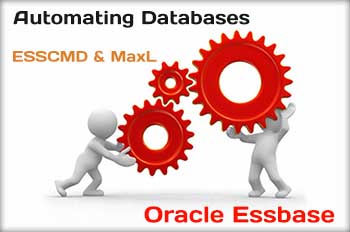 Up to this point in my blog, we have done almost everything in the various user interfaces. We modeled the database in the Essbase Studio console. We used the Administration Services console to view and create load rules, to create a drill- through report, and to create member formulas. We even generated a report (via MDX) using Smart View.

From a practical deployment perspective, however, most databases processes are automated. After you create the initial database using Essbase Studio (or custom load rules in the Data Prep Editor), you create automation scripts to use these objects in a larger batch process. This blog's article focuses on the command-line capabilities inherent in Essbase.

The two command-line languages available are ESSCMD and MaxL. ESSCMD is a supported and actively used scripting language for Essbase automations. However, the majority of recent development efforts from both a user and an Oracle product direction perspective - use MaxL. This section provides an overview of using ESSCMD and MaxL. For a complete listing of all MaxL and ESSCMD capabilities, see the Oracle Essbase Technical Reference.

ESSCMD is a legacy scripting language that lets you create, use, and modify database objects. It was the first command-line language provided for Essbase. ESSCMD is primarily numeric-based in its command syntax. For example, to execute a load rule using ESSCMD, the syntax is as follows:

Decoding the syntax, this command does the following:

MaxL is the newer of the two command-line languages for Essbase. It provides commands for building, calculating, and managing Essbase processes. Unlike ESSCMD, MaxL's command structure is closer to common language. In many respects, it is similar to the Oracle SQL*Plus command-line language.

To perform the preceding data load example using MaxL, the command is as follows:

As you can see, MaxL syntax is easier to interpret than the ESSCMD commands. The following are some key syntactical requirements of MaxL:

With MaxL, you can automate other tasks beyond building a database, such as the following:

In short, the MaxL command-line language provides a full range of capabilities for managing all database processes. 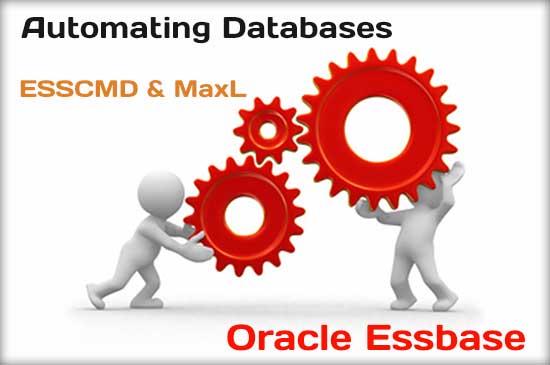 You can automate all the processes modeled in this article in a single MaxL script, as presented in this section. This script assumes that the application name is Sample, the database name is Basic, and the calculation script created earlier is named BudInc. It also assumes the load rules generated by the Essbase Studio process are as follows:

The following script contains commented sections that explain the purpose of each command or block of commands.

MaxL is a command-line shell similar to a standard Windows command line. The Essbase MaxL Shell (ESSMSH), shown in Figure 1, inherently knows how to execute the MaxL commands.

Once you have created a script file, you execute the script in a batch process by invoking the MaxL shell and passing the name of the script object. This can be done, for example, with a Windows BAT file. For instance, if you named the previous script sample.mxl, the batch file to execute this script might contain a single command:

In this case, the batch file starts ESSMSH and passes the sample.mxl file to the shell. The MaxL shell reads the commands in the file and executes them as specified.

Note also that parameters can be passed to the script, so you could pass the user name and password when calling the script. In addition, you can encrypt the script, so that the password is not visible. Furthermore, you can incorporate MaxL commands into the Perl language for greater integration into other business processes.

Creating a Script in the MaxL Script editor

This script creates an application and database named test, and then shuts down the running application. 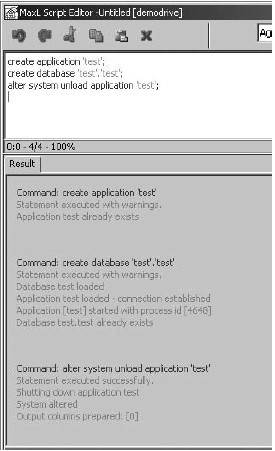 After you have the script created, you can save this as a text file and use a batch file to execute the script (as shown in previous section). While you could have created the script in any text editor, the MaxL editor provides valuable syntax­checking capabilities, as well as an autocomplete option.