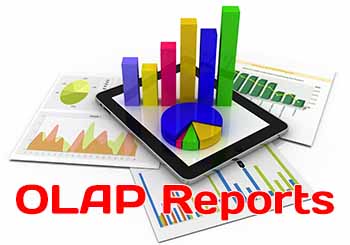 As discussed in the previous blog, many users will want different interfaces for different requirements. You cannot meet the needs of power users who want ad hoc analysis by giving them only dashboards. Similarly, you cannot meet the needs of big-button executive users if you provide only a reporting tool to start reports from scratch. The best approach is to deliver a reporting system that leverages a common back end but provides different delivery mechanisms based on requirements.

To help you select appropriate reports for your various users, this blog presents some of the typical OLAP report types. The screen captures in this blog reflect output from a variety of software reporting tools. These are just a few examples; additional styles of reports may be needed by an organization.

The simplest of report types, a basic report has a single source of data presented in a grid format made up of rows and columns. Figure 1 shows a basic report for product family, time scenarios, and sales data. A basic report can be used as a component of a dashboard report. 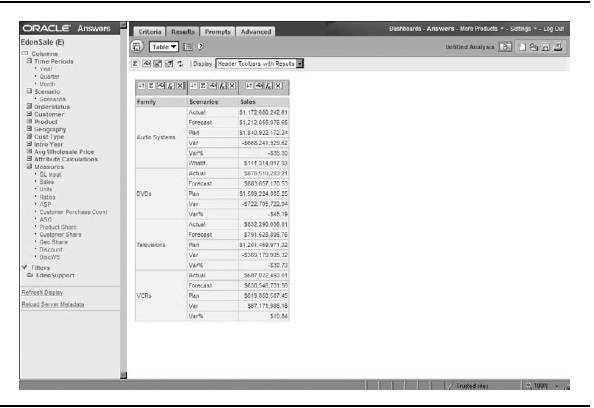 A dashboard report is a compilation of reports containing summary-level data. Its purpose is to provide a complete picture of a certain group of metrics. Many times, this can include the use of basic or compound reports brought together across similar metrics. In his blog Information Dashboard Design, Stephen Few defined a dashboard as "a visual display of the most information needed to achieve one or more objectives which fits entirely on a single computer screen so it can be monitored at a glance."

A dashboard usually has some common information across all of the elements, such as revenue, viewed from different perspectives. Dashboards have controls on either individual sections or the whole report, depending on the control and the requirement. Figure 3 shows a sample dashboard with sales data presented from a variety of perspectives, such as trends by product and revenue by geography. 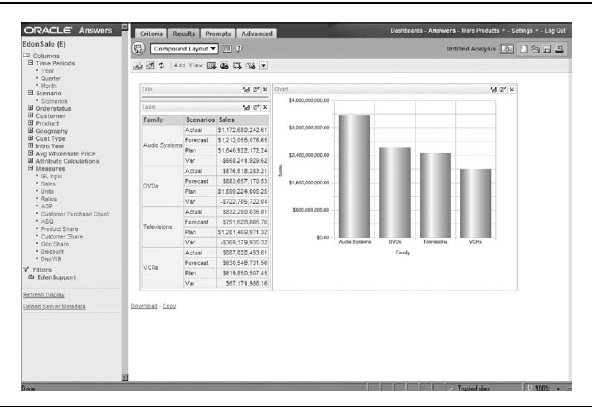 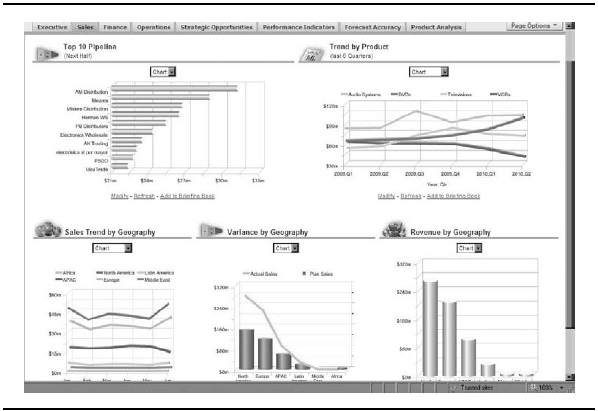 Often, dashboards serve as a launch pad to more detail, providing links to additional reports or information. For example, in Figure 4, links to related content are located to the left and right of the graphs.

A production report (also called a static management report) is a noninteractive report that is pixel-perfect. Strict requirements dictate the look and feel of rows, columns, headers, and images. This style of report is typically created ahead of time as a "snapshot" in time from a database, and the report does not give the user any interactive capabilities. What you see in this report online is what is expected in PDF and printed versions of the report. Scheduling of reports and batch bursting are typical requirements associated with production reports.

Figure 5 shows a production report with a strict landscape layout, including spacing requirements, underlining on certain rows, a logo, and a context-sensitive 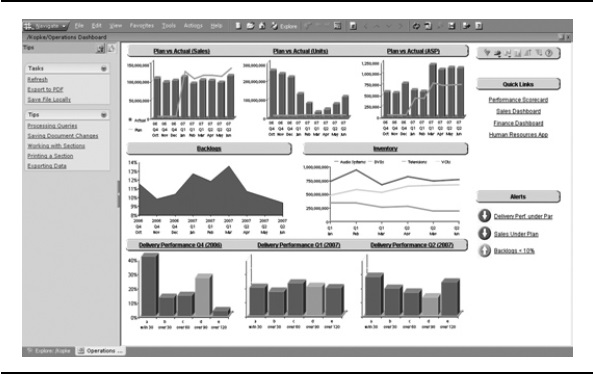 Figure 4. A dashboard report with links to related content

header. The title updates automatically based on the point of view (POV) for the user, but no changes can be made.

An interactive management report is very similar to a production report in its formatting, but retains the ability to be modified slightly by an end user. The report in Figure 6 allows a user to do some minor query changes and update the dimensional selections using the POV bar across the top of the report page.

Ad hoc reporting for OLAP is often done in Microsoft Excel. From the familiar Excel interface, analysts can connect to an Essbase database or Oracle OLAP analytic workspace, retrieve data, format the data, navigate the data, change the POV calculate the data, refresh the data, and (with the appropriate permissions) write back to the database. Ad hoc spreadsheet reports are attractive to power users who like to build reports from scratch and to users who want the ability to experiment with the numbers to create what-if scenarios. Both basic users and advanced analysts use these types of reports on a daily basis. 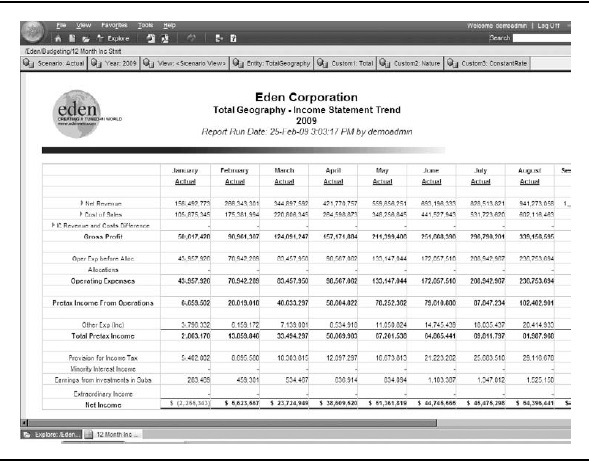 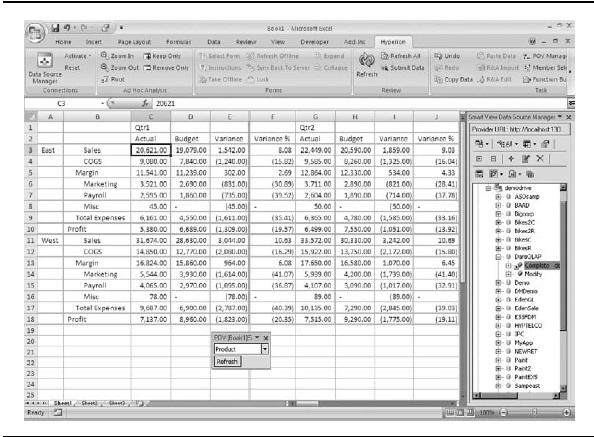 Figure 7 contains an ad hoc spreadsheet report created using the Spreadsheet Add-in. While the user interface is specific to Essbase, the example applies equally well to Oracle OLAP. The report shows a Measures dimension in the rows and a Time dimension in the columns. The indentations in the row text for the Measure members represent the dimension hierarchy. In this example, actions related to the Essbase database are available from the main menu via a Hyperion menu.

Custom Microsoft Office reports include live data in an otherwise static document or slide. Report creators can copy a data point from Excel and paste it anywhere in a Word document or PowerPoint slide. They can then specify how that data is displayed using a visualization tool. Finally, with an active connection to the multidimensional database, the data can be refreshed on demand. Figure 8 shows an example of a custom Microsoft Office report containing two data points presented as compound reports (a grid and a chart).