The Evolution of Digital Media Storage and Management 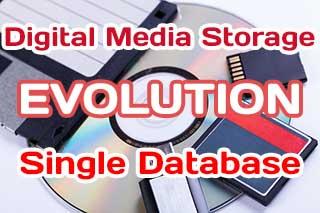 This simple kind of storage was moved to networked computers so that the media could be stored or accessed by a number of users. In time these computers were increasingly managed by operators rather than indi­vidual users.

One obvious limitation of directory managed media is the limitation of information about the image, or image metadata, that is available. The only metadata available is the directory structure, the file name, and file date/ time. Other metadata might be available in the media itself, but it could not be used to locate the media.

Indexes were created to overcome the metadata limitations of directory managed media. These indexes help users find media. These indexes could include as much metadata as needed for the particular application the user has in mind. These indexes are stored in individual files and may include metadata information from the media itself. In fact, many popular desktop search engines, such as those supplied by Google, use media metadata to find media on a desktop. Indexed solutions allow for descriptions and key­word searches.

This kind of management had different storage for index and media. For example, the media might be stored on a laser disk farm and the index on a magnetic disk. Many times different tools were needed to manage the media and index. Digital media management applications were built. Sometimes these were custom applications and other times these were spe­cial-purpose media applications. These kinds of systems are binary systems, where index and content are separated.

Eventually, the management of digital media was achieved using a single database infrastructure. This infrastructure is a database where both the media metadata and content itself is stored and managed.