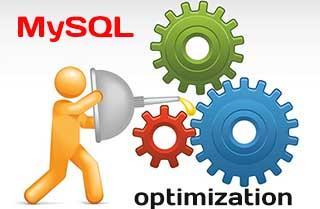 The most important factor in making a system fast is its basic design. You must also know what kinds of processing your system is doing, and what its bottlenecks are. In most cases, system bottlenecks arise from these sources:

When using the MyISAM storage engine, MySQL uses extremely fast table locking that allows multiple readers or a single writer. The biggest problem with this storage engine occurs when you have a steady stream of mixed updates and slow selects on a single table. If this is a problem for certain tables, you can use another storage engine for them.

To change the preceding behaviors, you can enable stricter data handling by setting the server SQL mode appropriately.

Because all SQL servers implement different parts of standard SQL, it takes work to write portable database applications. It is very easy to achieve portability for very simple selects and inserts, but becomes more difficult the more capabilities you require. If you want an application that is fast with many database systems, it becomes even more difficult.

All database systems have some weak points. That is, they have different design compromises that lead to different behavior.

To make a complex application portable, you need to determine which SQL servers it must work with, and then determine what features those servers support. You can use the MySQL crash-me program to find functions, types, and limits that you can use with a selection of database servers. crash-me does not check for every possible feature, but it is still reasonably comprehensive, performing about 450 tests. An example of the type of information crash-me can provide is that you should not use column names that are longer than 18 characters if you want to be able to use Informix or DB2.

The crash-me program and the MySQL benchmarks are all very database independent. By taking a look at how they are written, you can get a feeling for what you must do to make your own applications database independent. The programs can be found in the sql-bench directory of MySQL source distributions. They are written in Perl and use the DBI database interface. Use of DBI in itself solves part of the portability problem because it provides database-independent access methods.

If you strive for database independence, you need to get a good feeling for each SQL server's bottlenecks. For example, MySQL is very fast in retrieving and updating rows for MyISAM tables, but has a problem in mixing slow readers and writers on the same table. Oracle, on the other hand, has a big problem when you try to access rows that you have recently updated (until they are flushed to disk). Transactional database systems in general are not very good at generating summary tables from log tables, because in this case row locking is almost useless.

To make your application really database independent, you should define an easily extendable interface through which you manipulate your data. For example, C++ is available on most systems, so it makes sense to use a C++ class-based interface to the databases.

If you use some feature that is specific to a given database system (such as the REPLACE statement, which is specific to MySQL), you should implement the same feature for other SQL servers by coding an alternative method. Although the alternative might be slower, it enables the other servers to perform the same tasks.

With MySQL, you can use the /*! */ syntax to add MySQL-specific keywords to a statement. The code inside /* */ is treated as a comment (and ignored) by most other SQL servers.

If high performance is more important than exactness, as for some Web applications, it is possible to create an application layer that caches all results to give you even higher performance. By letting old results expire after a while, you can keep the cache reasonably fresh. This provides a method to handle high load spikes, in which case you can dynamically increase the cache size and set the expiration timeout higher until things get back to normal.

In this case, the table creation information should contain information about the initial cache size and how often the table should normally be refreshed.

An attractive alternative to implementing an application cache is to use the MySQL query cache. By enabling the query cache, the server handles the details of determining whether a query result can be reused. This simplifies your application.

What We Have Used MySQL For

This section describes an early application for MySQL.

During MySQL initial development, the features of MySQL were made to fit our largest customer, which handled data warehousing for a couple of the largest retailers in Sweden. 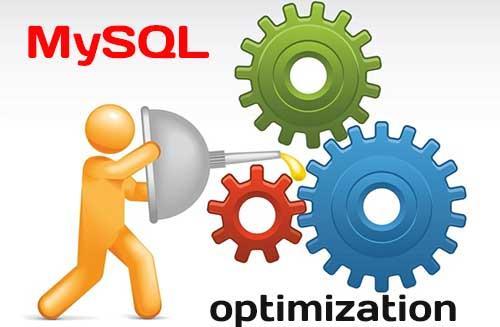 From all stores, we got weekly summaries of all bonus card transactions, and were expected to provide useful information for the store owners to help them find how their advertising campaigns were affecting their own customers.

The volume of data was quite huge (about seven million summary transactions per month), and we had data for 410 years that we needed to present to the users. We got weekly requests from our customers, who wanted instant access to new reports from this data.

We solved this problem by storing all information per month in compressed "transaction tables." We had a set of simple macros that generated summary tables grouped by different criteria (product group, customer ID, store, and so on) from the tables in which the transactions were stored. The reports were Web pages that were dynamically generated by a small Perl script. This script parsed a Web page, executed the SQL statements in it, and inserted the results. We would have used PHP or mod_perl instead, but they were not available at the time.

For graphical data, we wrote a simple tool in C that could process SQL query results and produce GIF images based on those results. This tool also was dynamically executed from the Perl script that parses the Web pages.

In most cases, a new report could be created simply by copying an existing script and modifying the SQL query that it used. In some cases, we needed to add more columns to an existing summary table or generate a new one. This also was quite simple because we kept all transaction-storage tables on disk. (This amounted to about 50GB of transaction tables and 200GB of other customer data.)

We also let our customers access the summary tables directly with ODBC so that the advanced users could experiment with the data themselves.

This system worked well and we had no problems handling the data with quite modest Sun Ultra SPARCstation hardware (2 x 200MHz). Eventually the system was migrated to Linux.

This benchmark suite is meant to tell any user what operations a given SQL implementation performs well or poorly. You can get a good idea for how the benchmarks work by looking at the code and results in the sql-bench directory in any MySQL source distribution.

Note that this benchmark is single-threaded, so it measures the minimum time for the operations performed. We plan to add multi-threaded tests to the benchmark suite in the future.

To use the benchmark suite, the following requirements must be satisfied:

The crash-me script also is located in the sql-bench directory. crash-me tries to determine what features a database system supports and what its capabilities and limitations are by actually running queries. For example, it determines:

You can find the results from crash-me for many different database servers at this site. For more information about benchmark results, visit this.

Using Your Own Benchmarks

You should definitely benchmark your application and database to find out where the bottlenecks are. After fixing one bottleneck (or by replacing it with a "dummy" module), you can proceed to identify the next bottleneck. Even if the overall performance for your application currently is acceptable, you should at least make a plan for each bottleneck and decide how to solve it if someday you really need the extra performance.

For examples of portable benchmark programs, look at those in the MySQL benchmark suite. You can take any program from this suite and modify it for your own needs. By doing this, you can try different solutions to your problem and test which really is fastest for you.

Another free benchmark suite is the Open Source Database Benchmark, available at this link.

It is very common for a problem to occur only when the system is very heavily loaded. We have had many customers who contact us when they have a (tested) system in production and have encountered load problems. In most cases, performance problems turn out to be due to issues of basic database design (for example, table scans are not good under high load) or problems with the operating system or libraries. Most of the time, these problems would be much easier to fix if the systems were not already in production.

To avoid problems like this, you should put some effort into benchmarking your whole application under the worst possible load. You can use Super Smack, available at this link. As suggested by its name, it can bring a system to its knees, so make sure to use it only on your development systems.