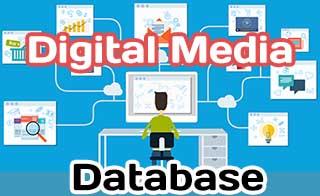 Along with unifying management of the digital media database, the database has access to the set of features offered by the database. These data­base features include features for performance, security, integrity, and loss prevention of the data.

Performance features include many techniques to automatically distrib­ute the physical input/output (I/O) load among a set of physical disks. This can be very important for a media database since the amount of data that is moved from disk to the application can be large. Database indexes are well suited to finding data quickly.

A database is also especially well suited to securing data. Access can be blocked to only the users who have the privilege to access the data. This can be either on the database as a whole or individual items of media within the database itself. For integrity of the data, transactions can be used so that there is not a mismatch between what is in the index and the content in the digital media database. The database also has a plethora of techniques for loss prevention of data, from mirroring data to backing up data to real-time transfer of database updates to a remote site. 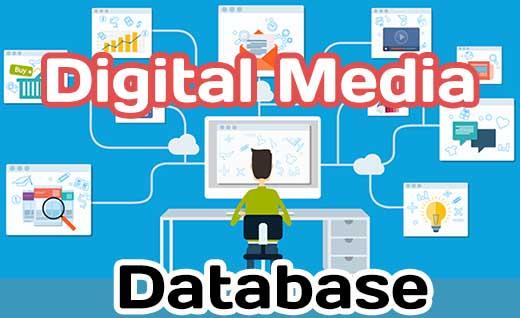 Initially there was only one type of data that was stored in a database—the text type. Soon there were other types introduced, such as a number type and date type. These date and number types could be stored in the text type as well. However, by using different types for date and number types they can be better understood and better managed. For example, a number or a date could be converted to binary for efficient storage. Also, these types suggest operations that can be performed on them. For example, numbers can have arithmetic operations and dates can be output in differ­ent national standards.

In initial unified media databases, image content was stored in simple binary large objects (BLOB) data types. These data types could be used to store any kind of data, including text, but were traditionally used for binary data items, such as every media type or large binary documents. The BLOB does not suggest what it holds and what metadata can be associated with it.

By using a type to store media data, applications can deal with the type automatically. For example, it is known that media has a MIME (multipur­pose Internet mail extensions) type. The type gives a standard way to access this MIME type. Other metadata is also implicit, for example, there is a height and width for an image, so accessors are available in the type to allow access to this information as well.

As well as being able to implicitly understand what a database column holds, a media type also has operations that can be performed on that data type. For example, the image data type has methods to do things such as making a smaller version of the image (a thumbnail image). These media operations are close to the data so that the cost of data transfer from and to the database is minimized.

The infrastructure for handling Digital Media has evolved from storage in simple filesystems to being managed by databases. The database infrastruc­ture has likewise evolved, increasing functionality especially for managing Digital Media. The database centralizes the management of digital media, and various other technologies are provided to access the media in the data­base. Any system designed to deal with Digital Media should strongly con­sider the advantages of managing the media within a database.