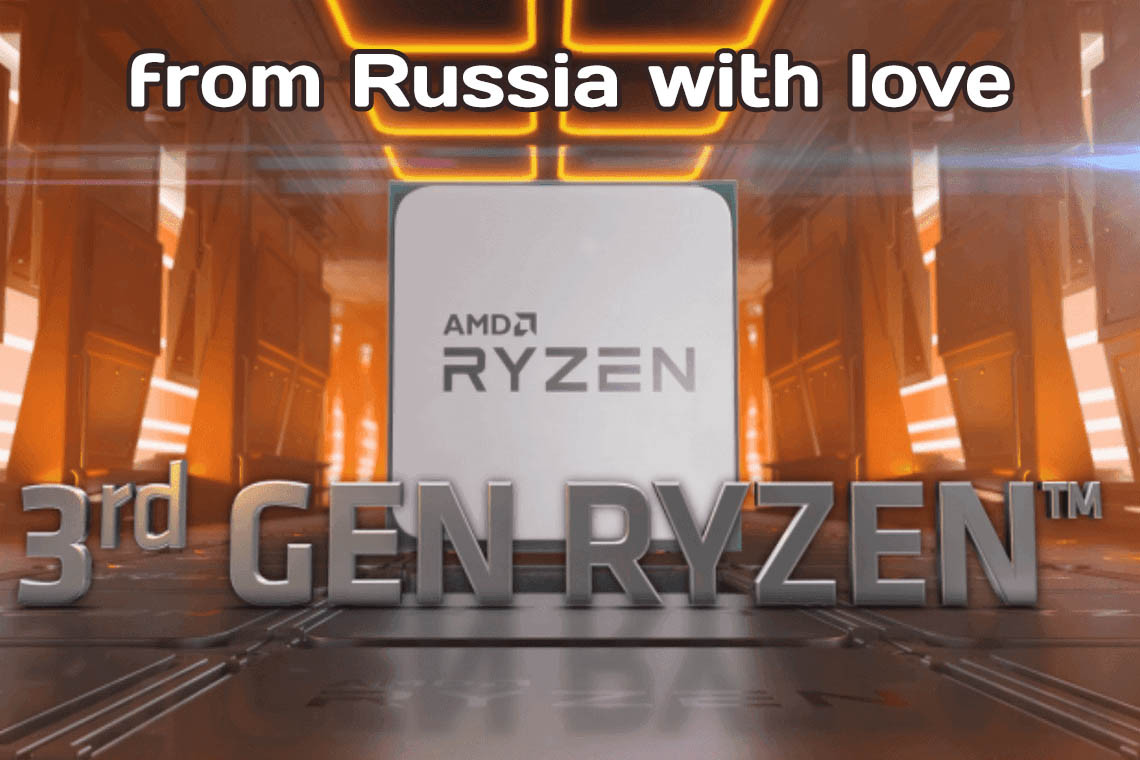 The release of the third-generation Ryzen processors was a huge success for AMD. This is clearly indicated by the sales results: after the appearance of the Ryzen 3000 on the market, the attention of retail buyers began to actively shift in favor of AMD offers. This situation is also observed in Russia: as follows from the statistics collected by the Yandex.Market service, since the second half of this year, users of this price aggregator have become noticeably more interested in buying AMD processors than Intel.

In news feeds, processor sales data published by the German mindfactory.de store are often flashed, however, you need to understand that they describe only a particular case that has nothing to do with the situation both on the global and the Russian market. At the request of our editorial office, Yandex.Market's product selection service shared its demand statistics for desktop processors, and it revealed a completely different picture of sales in domestic online stores. While according to the German retailer, AMD was able to overtake Intel in the number of processors sold back in 2018, in Russia AMD managed to reverse the trend in its favor only in the middle of this year. From January to April 2019, Yandex.Market users were interested in Intel processors on average 16% more often than AMD offers. But in May, demand was equalized, and in June the demand for “red” chips for the first time turned out to be higher than that of “blue” products. 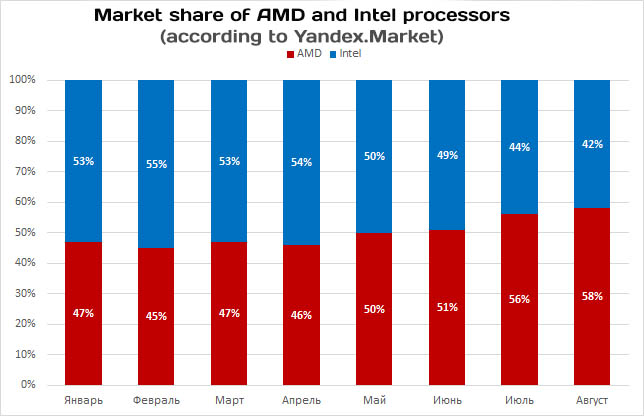 If we talk about the situation that is observed in 2019 in total, so far none of the CPU manufacturers can be called a clear favorite among Russian consumers. Formally, a larger number of potential purchases was recorded for Intel processors, but the advantage is minimal: during the period from January 1 to today, 50.2% of Yandex.Market users chose this manufacturer. However, the demand for Ryzen processors is currently continuing to increase, and AMD has the best results at the end of the year. From July 1 to present, users on average are 31% more interested in processors of this brand.

In general, the demand for processors on Yandex.Market this year was the highest in January, and reached a minimum in June due to the seasonality effect. However, at the end of July there was an atypical and sharp surge of interest in AMD processors: the wave, raised on July 7 by the announcement of the third-generation Ryzen, swept across Russia. But interestingly, we had its peak in the period from July 21 to July 24. These days, interest in AMD offers has more than doubled. On the day of maximum demand, July 24, transitions to purchases of AMD processors amounted to 60% of the total number of clicks. Such a belated reaction of Russian consumers to the release of the expected new products is explained by the fact that the mass receipt of representatives of the Ryzen 3000 family in Russian online stores was delayed just until the twentieth of July. 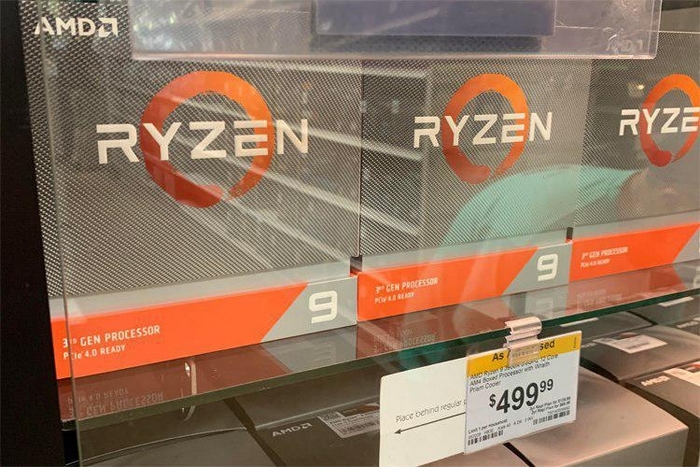 It is worth recalling that for the remaining three months until the end of the year, both processor manufacturers have prepared many interesting new products that can make adjustments to the sympathies of consumers. So, AMD is preparing an unprecedented mass 16-core Ryzen 9 3950X, affordable six-core Ryzen 5 3500X and Ryzen 5 3500, as well as at least one third-generation Ryzen Threadripper HEDT processor with 24 computing cores. In response, Intel is going to introduce the eight-core 5-GHz Core i9-9900KS and the Cascade Lake-X family of HEDT processors with the number of cores from 10 to 18. Together with the Yandex.Market service, we will continue to monitor the dynamics of the Russian market.