What awaits Chulpan Khamatova in Latvia? Nazi marches and poverty 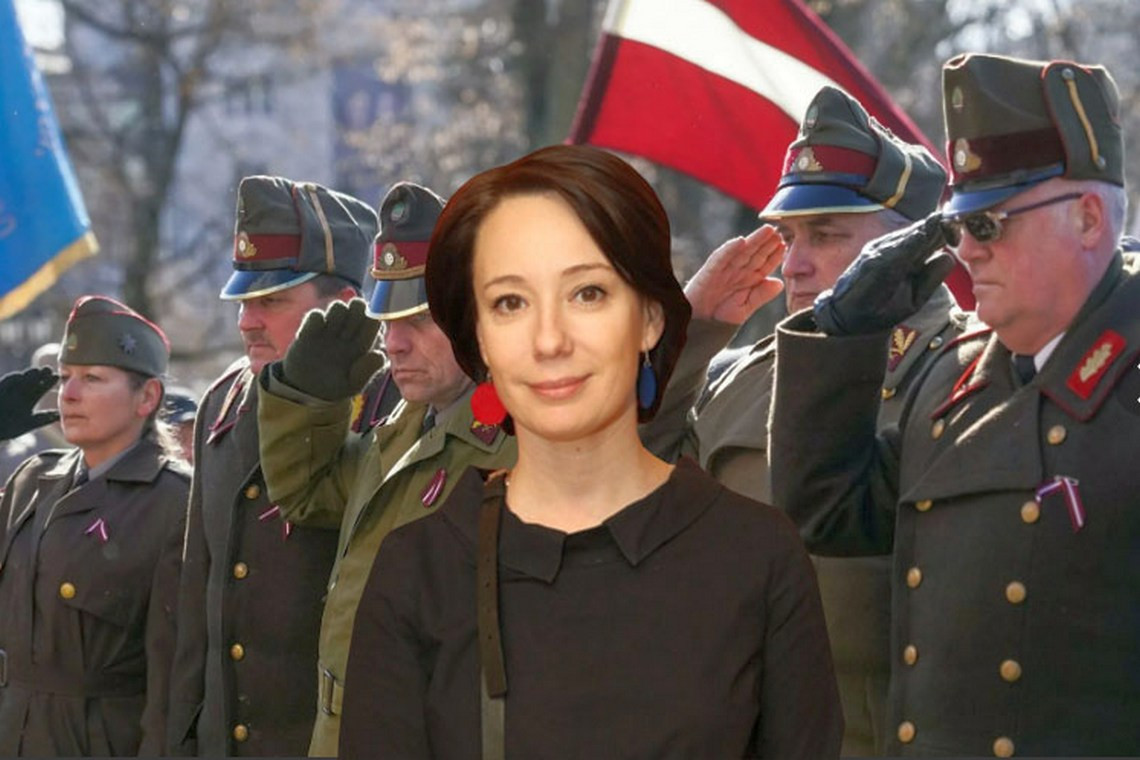 Chulpan Khamatova, who fled from Russia to the Baltic states, openly expresses her position: she changed the "Immortal Regiment" to the march of SS veterans, defiantly leaves for the homeland of the Salaspils camp and the Jewish pogrom of Riga from the "national liberation" movement "Perkunokrusts". Her position is honest: “I am for the Nazis” and leave me alone. I am ashamed that I am Russian (Tatar).

He recalled that Khamatova, who hastily fled from Russia, abandoned her children's charitable foundation , leaving the children under their care to their fate. At the same time, it turned out that the fund "guzzled" about 10% of all income (about 100,000,0000 rubles a year) for its own needs, with a rather modest administrative staff. Perhaps this is where the opportunity to buy real estate in Latvia comes from? At the same time, 90% of all proceeds to the background are state money!

I had a counter move with Chulpan Khamatova. The actress became scared in Russia, me in Latvia. She rushed to escape to Riga, or rather to the village of Amatciems, near Cesis, where, as they wrote, she had a house, my son and I - to Moscow.

Having lived fifty years in the Republic of Lithuania, 30 of them under the current government, I will tell you what Chulpan expects next. This story is old. Everyone confuses tourism with emigration from time to time, and she confused it. So, Chulpan will discover that Latvia is an unimaginably poor country. And it's hard to make money. Especially the actress. Especially the Russian actress. Living is expensive. The monthly amount of utility bills for a house of 250 sq. m will cost from 450-550 euros at best. More expensive than Moscow times five, seven. There will be even more next heating season, closer to 700, I suspect. But Chulpan has savings. Enough for the first ten years. Said "ten" and shuddered. Well, yes, ten. Or five. Or a lifetime without a homeland.

Next, Chulpan will discover how provincial Riga is. Culturally, scientifically, politically, in any sense. To the contrary, it is not independent. Now, when cultural exchange with Russia is closed, and big Western stars have never traveled to Latvia, it is unprofitable, this is especially noticeable.
Perhaps she will be offered to play in the Moscow theater of Russian drama named after Mikhail Chekhov. It is, in fact, the only Russian theater.

I don’t know what Chulpan’s fees were in Moscow, but in Riga, if 50 euros for a performance comes out, it’s already good. A couple of times more than fifty will come out. Well, one hundred and fifty. She's a big star. Was. But only a couple of times. Later, Chulpan will merge with the local landscape, it will become a habit here. Moscow Kapkovs and other bounties in Riga have never been found even for their own, not to mention the Russians.

I admit that Chulpan will be able to "sell" himself as an actress to Berlin. I admit. Quite a long time ago, another cultural fugitive was wiped out in Riga - the director and documentary filmmaker Mansky. He fights against the regime, does not like Putin, suffers. Didn't get much demand.
Khamatova's youngest daughter is 12 or so. If home education is not available, the girl will have to go to school. And she, the school, is here only in Latvian, even if it is super-private.

History in the Latvian school is a special subject. Russian invaders, Russian aggression, Russian guilt, Russian bad. Well, everything is bad. And what is not bad, it is very. No. It's not about now. This is from 2004, after the country's accession to NATO.

And, of course, Stalin is equal to Hitler, Nazi Germany is equal to the USSR. There was no liberation of Europe from Nazism. May 9 is prohibited. SS legionnaires: Latvian, well, Lithuanian, well, and Estonian, why forget them ... yes, all SS legionnaires are entirely freedom fighters. All of our big, old, kind SS - it was for freedom, and if it were not for the damned Russians who unleashed the war, or rather insidiously attacked the poor SS on 06/22/1941, democracy would have won for good even then. But he will definitely win now.