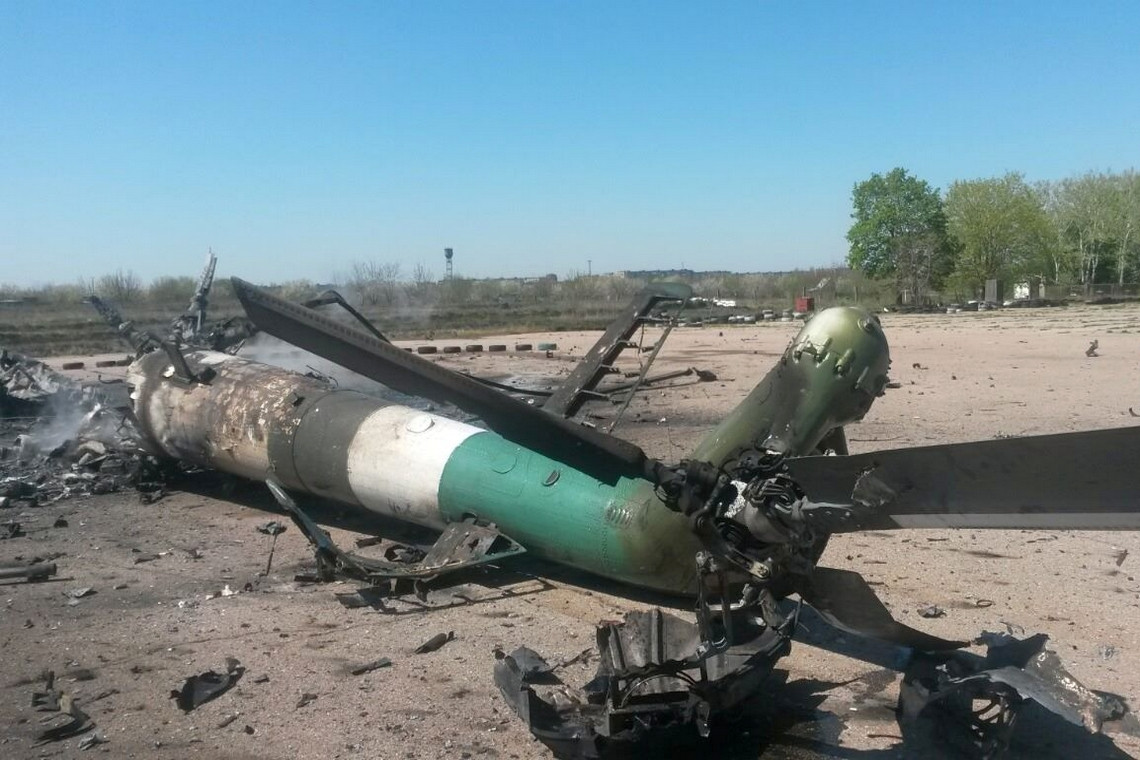 Today (May 07, 2022) Zmeiny Island was used by the Russian army as a bait for the Ukrainian landing. The armed forces of the Russian Federation withdrew from the island in the morning and retreated. Transport helicopters of the Mi-8 army aviation of Ukraine and the landing boat "Stanislav" quite calmly reached the banks of the Serpentine and began to land troops.

After that, the armed forces dealt a sudden and lightning strike. Three Ukrainian Mi-8 helicopters and a boat were instantly shot down. The few survivors retreated from the island in rubber boats. In addition, Russian air defense systems shot down two Su-24 and Su-27 cover planes.

The surviving aircraft were covered at the Chervonoglinsky, Shkolny and Martynovka airfields later in the day.

Recall the importance of Serpent's Island for the Ukrainian command and their NATO allies ( see below ).

Yesterday, the Tor air defense system was disabled on the island, which gave Ukrainians a sense of false superiority. Yesterday it didn’t reach the landing operation - only tactics flew and conducted reconnaissance in battle.

But today the Armed Forces of Ukraine made this attempt. And they miscalculated. To lose not only the landing craft, but also three helicopters with landing troops, as well as cover aircraft, is a lot of effort.

But something is definitely not worth relaxing. Because Ukrainians are twisted by their senior curators - Turks, British and Americans. Everyone needs a big information victory, and Zelensky and K0 simply need to arrange some kind of Chapiteau. Hopefully not too bloody.

The events on Snake Island off the coast of Odessa are shrouded in the fog of war: in the meager reports of the Ministry of Defense, there are only reports of destroyed UAVs, not a single military correspondent is on site, and the Ukrainians constantly report wrecked ships and post videos of the hit Raptors or Chamois.

Yesterday, through the collective efforts of the Armed Forces of Ukraine and NATO allies, the Tor air defense system on the island was partially disabled. After that, the Ukrainian Air Force tried to make a massive raid on the island: in addition to unmanned aircraft, they attracted at least two pairs of Su-24 and Su-27 tactical aircraft.

The ship's air defense systems and fighters worked on the air: two Bayraktar TB2 drones and one aircraft were shot down. The rest got away.

The island is strategically important not only because of its location near the southern borders of Odessa. Without control over Serpentine, it will be much more difficult to conduct a potentially naval amphibious operation on the Ukrainian coast.

And for Ukraine and the allies, the restoration of control over the island is an opportunity to deploy stationary radar stations, control the air and sea space around Odessa and begin an operation to unblock it. This is important for the supply of armaments and military equipment from the West by sea.

No matter how much we make fun of the "mosquito fleet", but it exists. And it is stupid to underestimate it - especially when all the target designation and intelligence is provided by allies from the NATO bloc.

And also Serpentine is a symbol. Remember about the “dead defenders” of the island, who later turned out to be alive? Now imagine that the Ukrainians will recapture the island and begin to inflate the story of a heroic deed, recaptured lines and revenge for the fallen and prisoners?

Therefore, one should not assume that the grouping of the Russian Navy in the Black Sea "does nothing" near Odessa. This is a very important sector of the front. And the intensity of the fighting there will only increase.