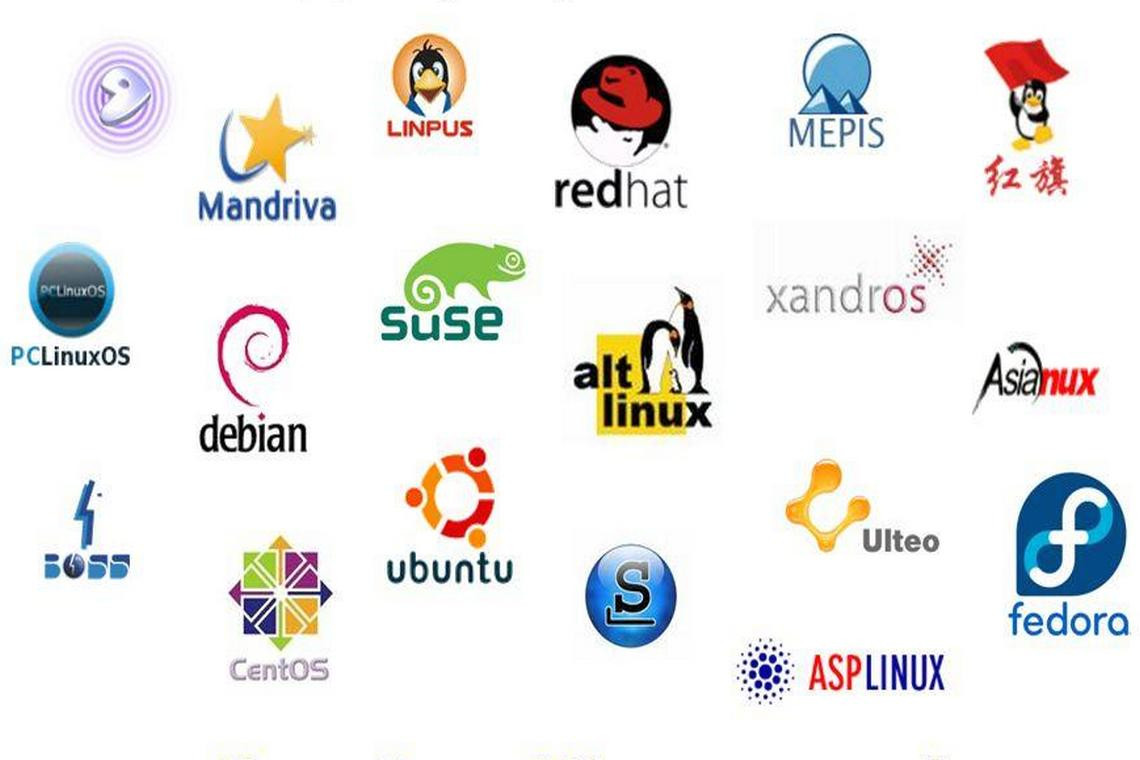 There are many aspects involved in choosing a Linux distribution, based on various functional requirements. A comprehensive analysis would be far beyond the scope of this blog. However, considering a few essential points may help with making the right decision:

On the other hand, we may consider the server security aspect of Linux server distributions. In this case, regular operating system updates with the latest repositories, packages, and components would go a long way to securing the system. Removing unused network-facing services and configuring stricter firewall rules are further steps of reducing the possible attack surface. Most Linux distributions are well equipped with the required tools and services to accommodate the preceding. Opting for a distro with frequent and stable upgrades or release cycles is generally the first prerequisite for a secure platform (for instance, Centos, RHEL, Ubuntu LTS, or SUSE Enterprise Linux).

There's no magic formula for choosing a Linux distribution. In most cases, the choice of platform (server or desktop) combined with a couple of the data points mentioned previously and some personal preferences would decide a Linux distribution. With production-grade environments, most of the previously enumerated criteria become critical, and the available options for our Linux platform of choice would be reduced to a few industry-proven solutions. In the following section, we enumerate some of the most popular Linux distributions.

This section summarizes the most popular and common Linux distributions at the time of this writing, with emphasis on their package manager. Most of these distros are free and open source platforms. Their commercial-grade variations, if any, are noted.

CentOS and its derivatives use RPM as their package manager. CentOS is based on the open source Fedora project. It is suited to both servers and workstations. RHEL is a commercial-grade version of CentOS, designed to be a stable platform with long-term support.

The package manager for Debian and most of its derivatives is Debian Package (DPKG). Debian is releasing at a much slower pace than other Linux distributions, such as Linux Mint or Ubuntu, for example, but it's relatively more stable.

Ubuntu uses Advanced Package Tool (APT) and DKPG as package managers. Ubuntu is one of the most popular Linux distributions, releasing every 6 months, with more stable Long Term Support (LTS) releases every other year.

Linux Mint uses APT as its package manager. Built on top of Ubuntu, Linux Mint is mostly suitable for desktop use, with a lower memory usage than Ubuntu (with the Cinnamon desktop environment, compared to Ubuntu's GNOME). There's also a version of Linux Mint built directly on top of Debian, called Linux Mint Debian Edition (LMDE).

openSUSE uses RPM, Yet another Setup Tool (YaST), and Zypper as package managers. openSUSE is a bleeding-edge Linux distribution, suited to both desktop and server environments. SUSE Linux Enterprise Server is the commercial-grade platform. openSUSE was regarded as one of the most user-friendly desktop Linux distributions before the days of Ubuntu.

In my blog, our focus is mainly on two Linux distributions, widely used in both community and commercial deployments, Ubuntu and CentOS.

The following section presents some hands-on use cases, where, depending on specific functional requirements, we choose the right Linux distribution.

The following use cases are inspired by real-world problems, taken mostly from the authors' own experience in the software engineering field. Each of these scenarios presents the challenge of choosing the right Linux distribution for the job.

This case study is based on the following scenario made from the perspective of a software developer:

I'm a backend/frontend developer, writing mostly in Java, Node.js, Python, and Golang, and using mostly IntelliJ and VS Code as my primary IDE. My development environment makes heavy use of Docker containers (building and deploying) and I occasionally use VMs (with VirtualBox) to deploy and test my code locally. I need a robust and versatile development platform.

The requirements suggest a relatively powerful day-to-day development platform, either as a PC/desktop or a laptop computer. The developer relies on local resources to deploy and test the code (for instance, Docker containers and VMs), perhaps frequently in an offline (airplane mode) environment if on the go.

The system would be primarily using the Linux desktop environment and window manager, with frequent context switching between the Integrated Development Environment (IDE) and terminal windows. The required software packages for the IDE, Docker, hypervisor (VirtualBox), and tools should be readily available from open source or commercial vendors, ideally always being up to date and requiring minimal installation and customization effort.

The choice here would be the Ubuntu Desktop Long Term Support (LTS) platform. Ubuntu LTS is relatively stable, runs on virtually any hardware platform, and it's mostly up to date with hardware drivers. Software packages for the required applications and tools are generally available and stable, with frequent updates. Ubuntu LTS is an enterprise-grade, cost-effective, and secure operating system suitable for organizations and home users alike.

This case study is based on the following scenario made from the perspective of a DevOps engineer:

When it comes to open source, secure, and enterprise-grade web servers, the top choices are usually NGINX, Apache HTTP Server, Node.js, Apache Tomcat, and Lighttpd. Without going into the details of choosing one web server over another, let's just assume we pick Apache HTTP Server. It has state-of-the-art SSL/TLS support, excellent performance, and is relatively easy to configure.

We deploy this web server in VPS environments, in local (on-premises) data centers, or the public cloud. The deployment form factor is either a VM or a Docker container. We are looking for a relatively low-footprint, enterprise-grade Linux platform.

Our choice is CentOS. Most of the time, CentOS and Apache HTTP Server are a perfect match. CentOS is relatively lightweight, coming only with barebone server components and an operating system networking stack. It is widely available as a VPS deployment template in private and public cloud vendors. There is also CentOS Atomic Host, a Linux distribution designed to run Docker containers. Our Apache HTTP Server can run as a Docker container on top of CentOS Atomic, as we may horizontally scale to multiple web server instances.

This case study is based on the following scenario made from the perspective of a software engineer and blogger:

I want to create a software engineering blog. I'll be using the Ghost blogging platform, running on top of Node.js, with MySQL as the backend database. I'm looking for a Virtual Private Server (VPS) solution hosted by one of the major cloud providers. I'll be installing, maintaining, and managing the related platform myself. Which Linux distribution should I use?

We are looking for a self-managed publicly hosted VPS solution. The related hosting cost is a sensitive matter. Also, the maintenance of the required software packages should be relatively easy. We foresee frequent updates, including the Linux platform itself.

Our pick is Ubuntu Server LTS. As previously highlighted, Ubuntu is a robust, secure, and enterprise-class Linux distribution. The platform maintenance and administration efforts are not demanding. The required software packages – Node.js, Ghost, and MySQL – are easily available and are well maintained. Ubuntu Server has a relatively small footprint. We can run our required software stack for blogging well within the Ubuntu system requirements so that the hosting costs would be reasonable.

This case study is based on the following scenario made from the perspective of a home theater aficionado:

I have a moderately large collection of movies (personal DVD/Blu-ray backups), videos, photos, and other media, stored on Network Attached Storage (NAS). The NAS has its own media server incorporated, but the streaming performance is rather poor. I'm using Plex as a media player system, with Plex Media Server as the backend. What Linux platform should I use?

The critical system requirements of a media server are speed (for a high-quality and smooth streaming experience), security, and stability. The related software packages and streaming codecs are subject to frequent updates, so platform maintenance tasks and upgrades are quite frequent. The platform is hosted locally, on a PC desktop system, with plenty of memory and computing power in general. The media is being streamed from the NAS, over the in-house Local Area Network (LAN), where the content is available via a Network File System (NFS) share.

Both Debian and Ubuntu would be excellent choices for a good media server platform. Debian's stable release is regarded as rock solid and very reliable by the Linux community, although it's somewhat outdated. Both feature advanced networking and security, but what may come as a decisive factor in choosing between the two is that Plex Media Server has an ARM-compatible package for Debian. The media server package for Ubuntu is only available for Intel/AMD platforms. If we owned a small-factor, ARM processor-based appliance, Debian would be our choice. Otherwise, Ubuntu LTS would serve our purpose just as well.