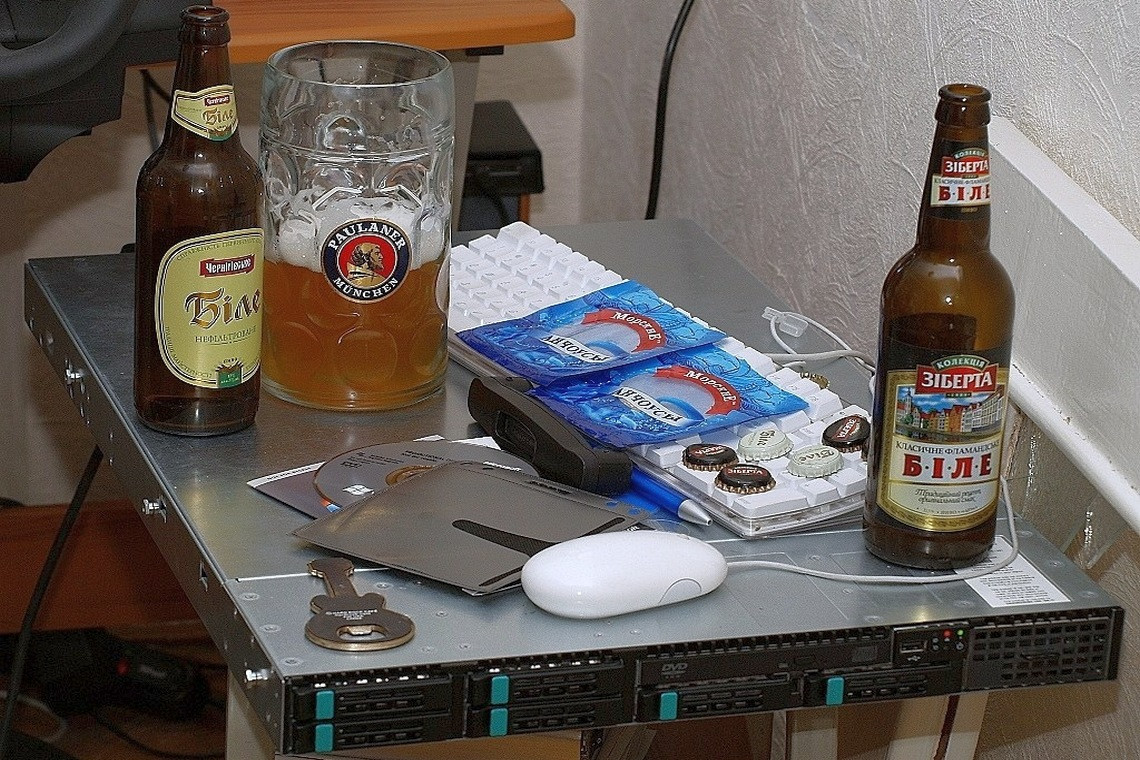 Friday. Evening. Let's have a beer? - a colleague will suggest to you (the same exhausted system administrator or programmer like you). And so before every weekend or even during the week if the day was busy! Drink a beer ... What is hidden behind such an innocent idea at first glance...

Beer alcoholism is the term used to describe the morbid cravings for beer. Although the concept is not an official diagnosis, this does not relieve the problem. Beer abuse is not considered a separate type of alcoholism, but it is recognized as the fastest and shortest path to alcohol dependence. The peculiarity of beer alcoholism is that it develops rapidly and gradually, since beer is considered a harmless low-alcohol drink and is not taken seriously by many.

This attitude towards beer is due to the following reasons:

Beer alcoholism is considered by many to be less harmful to health than other types of addiction. Meanwhile, the disease is spreading rapidly, the number of people suffering from this disease is huge, while people do not believe that they need treatment.

It is very difficult to determine the presence of such a diagnosis in the early stages; later, more distinct indicators of painful craving for beer appear.

Signs and symptoms of beer alcoholism

Signs of alcoholic beer addiction are in many ways similar to "vodka" alcoholism, since the point is not in the drink itself, but in the alcohol that it contains. But patients with a morbid addiction to beer at the time of referral to a specialist usually look more neglected than drinkers of stronger drinks.

In addition, such patients complain of weakness, pain in the lumbar region and right hypochondrium. In men, there is a sharp decrease in potency or its absence, problems with fertilization arise.

Under the influence of beer, the male hormone - testosterone - stops being produced and is replaced by a female hormone, which leads to the growth of mammary glands in men, the expansion of the pelvis and the formation of obesity.

The symptoms of psychological dependence on beer are as follows:

The coincidence of more than two points is a signal of the possible presence of a disease.

Withdrawal symptoms from drinking beer are similar to a regular hangover, but getting rid of its manifestations is much more difficult.

Here is some of them:

For beer alcoholism, periods of binge are not characteristic, but the patient applies to the bottle several times a day, so the state of sobriety does not have time to come, therefore, for weeks, months, and sometimes years, such people are intoxicated.

The consequences of beer alcoholism

Beer has a terrible destructive effect on the body. In terms of harmfulness, it can only be compared with moonshine, since only in them, during alcoholic fermentation, poisonous compounds accompanying alcohol are preserved in full: fusel oils, aldehydes, methanol, ethers. It is worth considering that beer can contain up to 14% alcohol, so it is not always reasonable to consider it a low-alcohol drink. Addiction develops three times faster than when using other alcohol, and psychologically a person does not feel danger and does not fight addiction. 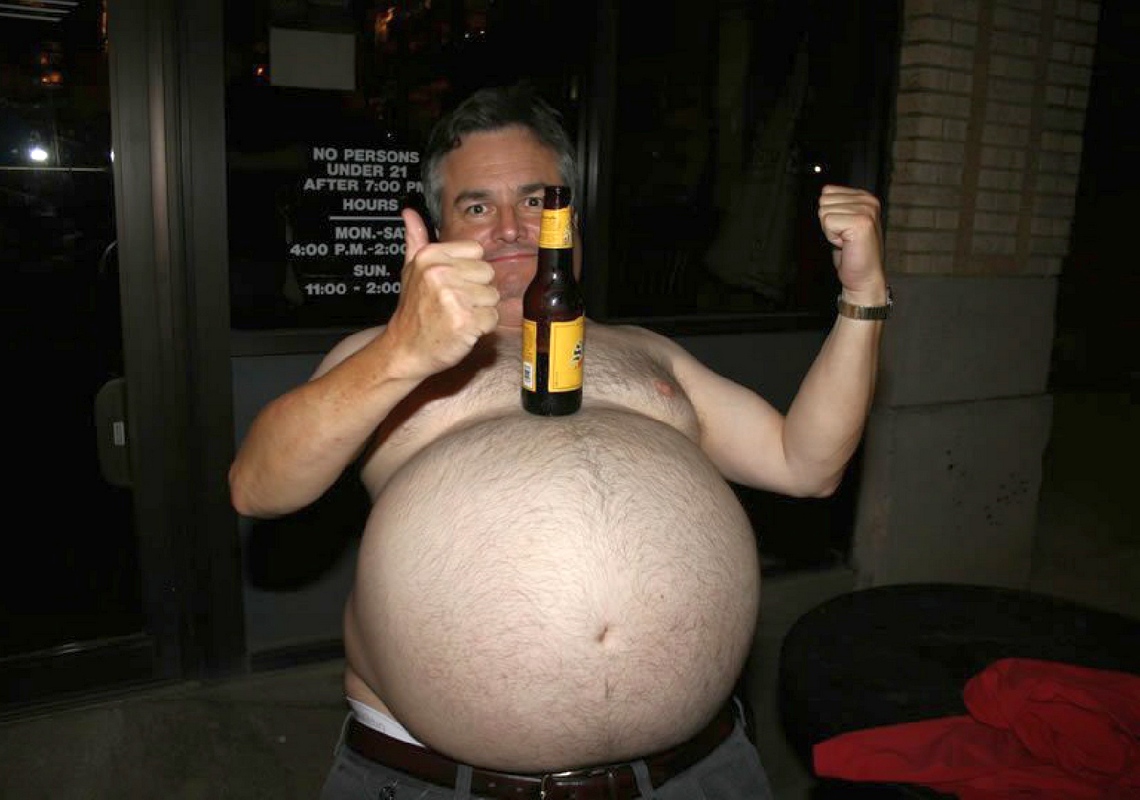 The consequences of systematic abuse of beer affect all organs and systems of the body:

How to get rid of beer alcoholism?

Breaking free of beer cravings is difficult. This is due to the fact that beer alcoholism can be considered "semi-drug addiction" due to the content of narcotic substances in the drink. Therefore, the amount of help needed by the patient is increasing, and a course of treatment is required.

Beer alcoholism usually develops at a young age, when the mechanisms of codependency are very strong, therefore, the intervention of a specialist is required to correct them.

Inpatient treatment for beer addiction is aimed at eliminating the main consequences of the addiction, namely:

Only the patient himself with the support of a psychotherapist and a narcologist is able to get rid of beer alcoholism completely and forever.

There are no medications that would treat alcoholism, but there are drugs used to combat addiction. They are divided into those that cause alcohol intolerance, reduce craving for it, or ease a hangover.

The main stage on the path to recovery is the awareness of the presence of a problem, that is, addiction. Then the person should start looking for a way to stop drinking beer.

Sometimes a strong-willed decision, supported by an understanding of the magnitude of the threat, is enough. If this method has not justified itself, you can try to reduce the dosage of the drink. Only it must be done consistently and rigorously.

Drinking is often associated with a certain ritual, habit, lifestyle, so you need to change it. For example, those who are accustomed to spending their evenings at home watching TV with a beer should try to take their free time with something else, such as walking around the city, a sauna or exercising in a fitness club. Changing your environment will help you take your mind off the need to drink alcohol.

An additional motivation can be a monetary reward, when a person every day throws into the piggy bank the amount that is usually spent on beer. And after six months, he can buy some useful and desired thing for these funds or go on vacation.

Along with these methods, it is worth seeking professional help, this will help solve the problem in a complex and in a shorter time.

Beer alcoholism is a dangerous disease that does not lend itself to diagnosis and is not recognized by the patient for a long time, causes serious disorders in the body, and subsequently is difficult to treat and is fraught with serious complications.

So, the next time a fellow sysadmin asks for a glass of beer, think ... Is it really fun and safe? It may be easier not to start a bad habit than to try to get rid of it for a long time (and perhaps unsuccessfully).