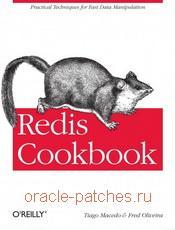 Redis is a data structure server with an in-memory dataset for speed. It is called a data structure server and not simply a key value store because Redis implements data structures allowing keys to contain binary safe strings, hashes, sets and sorted sets, as well as lists. This combination of flexibility and speed makes Redis the ideal tool for many applications.
Redis first started in early 2009 as a key value store developed by Salvatore Sanfilippo in order to improve the performance of his own LLOOGG, an analytics product. Redis grew in popularity after getting support from people and companies in the developer world and has since been supported by VMware, who hired Salvatore and Pieter Noordhuis to work full-time on the project.
Today, Redis is used by companies large and small doing both large and small tasks. Companies like Engine Yard, Github, Craigslist, Disqus, Digg, and Blizzard are part of the growing list of Redis adopters. An extended list of people working with Redis is available on the project’s official site at http://redis.io.
There are often several ways to solve problems using Redis. This book, while not a tutorial on Redis, key value stores, or data structures, gives you recipes for solving specific problems with Redis that you can then adapt to your own problem set. Many of these recipes have come up because we’ve used them in our own jobs, solving our own problems.
Each of these recipes solves a specific problem using Redis, including a quick introduction to the problem, the solution, and a longer discussion with insight into how the solution works. Redis is, while simple in nature, quite extensive when it comes to functionality to manipulate and store data. This volume will thus not cover every single command extensively. It will, however, give you the basics on solving specific problems with it, in hopes that our solutions guide you to your own.