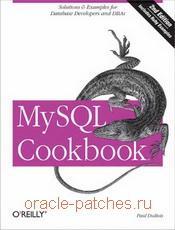 This book should be useful for anybody who uses MySQL, ranging from novices who want to use a database for personal reasons, to professional database and web developers. The book should also appeal to people who do not now use MySQL, but would like to. For example, it should be useful to beginners who want to learn about databases but realize that Oracle isn't the best choice for that.
If you're relatively new to MySQL, you'll probably find lots of ways to use it here that you hadn't thought of. If you're more experienced, you'll probably be familiar with many of the problems addressed here, but you may not have had to solve them before and should find the book a great timesaver; take advantage of the recipes given in the book and use them in your own programs rather than figuring out how to write the code from scratch.
The book also can be useful for people who aren't even using MySQL. You might suppose that because this is a MySQL cookbook and not a PostgreSQL cookbook or an InterBase cookbook that it won't apply to databases other than MySQL. To some extent that's true, because some of the SQL constructs are MySQL-specific. On the other hand, many of the queries are standard SQL that is portable to many other database engines, so you should be able to use them with little or no modification. And several of our programming language interfaces provide database-independent access methods; you use them the same way regardless of which database you're connecting to.
The material ranges from introductory to advanced, so if a recipe describes techniques that seem obvious to you, skip it. Or if you find that you don't understand a recipe, it may be best to set it aside for a while and come back to it later, perhaps after reading some of the preceding recipes.