The Guru's Guide to SQL Server Architecture and Internals 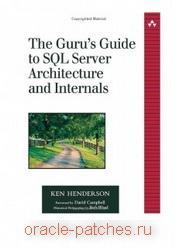 Ken Henderson's first two Guru's Guides for Addison-Wesley have been widely praised by reviewers, and have sold extremely well. He has now written a key reference to SQL Server which is much broader in scope than either of the first two, which will appeal to an even larger audience. The Guru's Guide to SQL Server Architecture is all about the internal pieces of SQL Server, the architecture of how they fit together, and the effect those have on performance and tuning issues. Not only will the book cover issues such as the new Notification Services which have not been covered in any other book, but it will also go into more detail than any other book on the core SQL Server technologies. This new book will take its place next to his two previous books on the shelves of SQL Server developers and administrators everywhere.